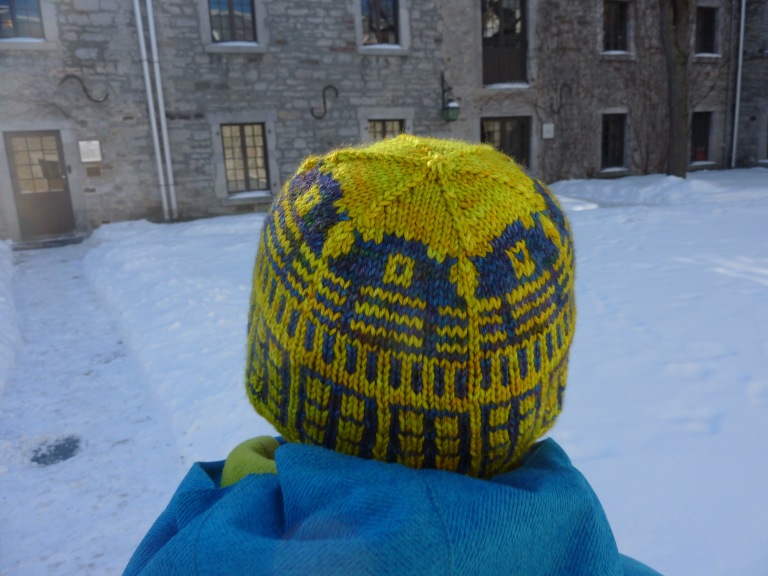 I knit this for my Whovian 10 year old son, who loves it. It was really tight around his head before blocking, but thankfully, blocking did the trick. The yarn is just lovely, silky 100% merino with just a perfect barely there amount of drape.

I knit the medium size, and I followed the pattern, though I did use the It’s not About the Hat pattern‘s colour-work technique. The standard Fair Isle technique of carrying yarn behind the work has never worked out for me, my tension is too uneven, and not even blocking can save the FO. I really love this new-to-me colour-work technique; it’s actually very simple, though there are very detailed instructions in the It’s not About the Hat pattern. I may even use it to substitute intarsia one day.

Next time I knit this hat, I would do about twice as many rounds of ribbing at the beginning, as there is barely enough ear coverage for truly cold days (say, -25C and below). 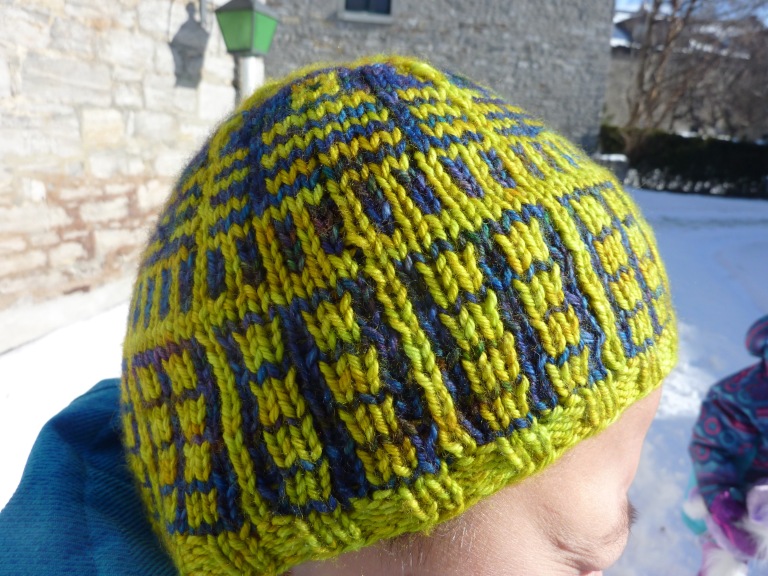 I made these to match the Dalek hat above (actually, I made the mittens first then the hat). I inverted the colours to make sure that I would have enough to make the entire hat/mittens set. 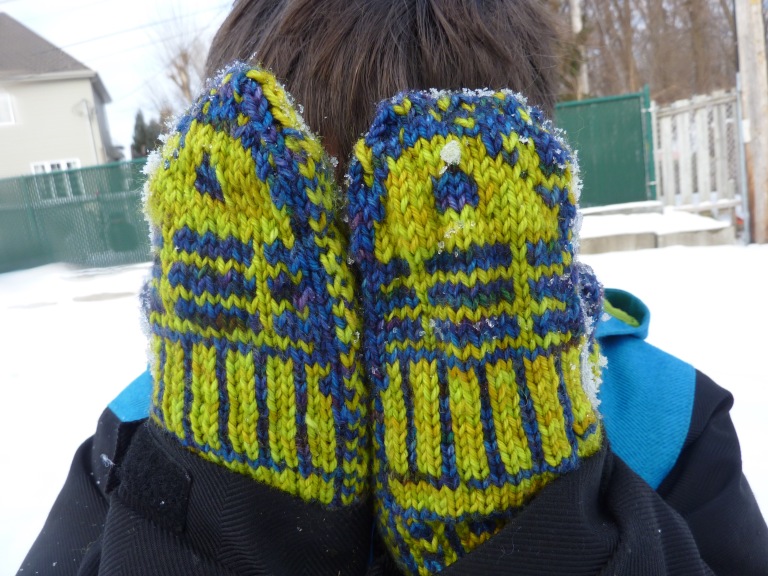 As you can see in the photo, these mittens are getting a lot of use, especially being snow-covered, jammed into coat pockets while soaking wet, a lot of friction while damp, etc.. etc… And they are holding up really well. I am very impressed. Tosh DK is not the princess-y kind of expensive yarn I was worried it might be. They also dry very fast; my son hasn’t had to deal with trying to keep warm by pulling on wet, soggy, somehow-even-colder-than-outside slush blocks (aka ‘mittens’).

I didn’t quite follow the pattern. I changed the patterning on the palm – the yellow just completely overpowered the blue, it was very unbalanced (with my colour selections). So I just did the simplest pattern I could think of – y,b to end, next round b,y to end, repeat these 2 rounds. The thumbs are knit in the background colour, then the contrast colour is duplicate stitched in. I didn’t quite finish the duplicate stitch chart; I did just enough so that pattern flowed from the hand. Duplicate stitch is just not my thing, but it’s a good idea for the thumbs, obviously. 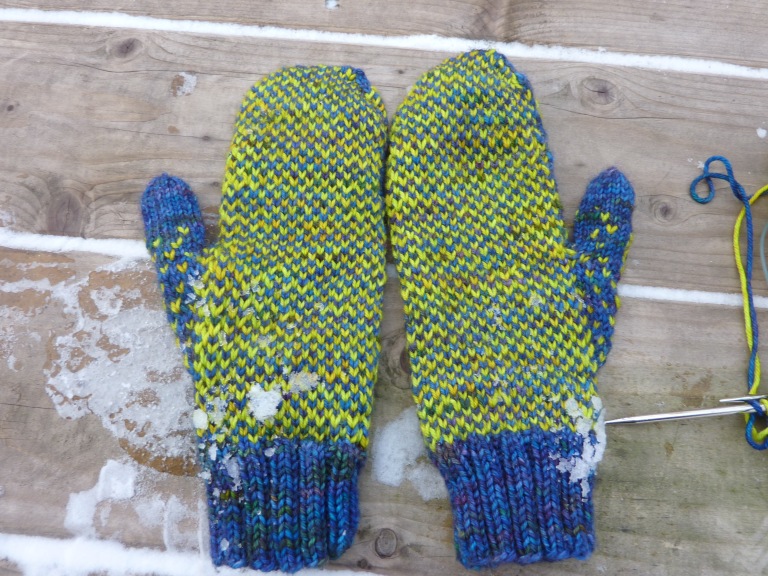 All in all, I loved knitting the hat and mittens, and I am so happy my son loves them too!

I have three kids and I spend most of my free time knitting.

All Content Copyright Genevieve O’Shea and www.knitsbyquietriver.com and www.foggyknits.com 2011-2021 © All rights reserved.